I am a member of the Career Collective, a group of  resume writers and career coaches. Each month, all members discuss a topic. Please follow our tweets on Twitter #careercollective
This month we are discussing helping job seekers navigate the new year.  I encourage you to visit the links below to read other members’ posts as well!     +++++ 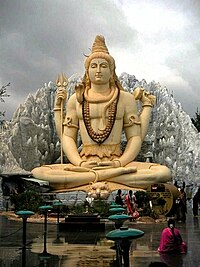 There’s been a lot of talk the past few years about jobs, the economy, and how bad things have been if you’re unfortunate enough to live on planet earth right now. For those with jobs, wages are depressed and security is low. For those without jobs, new ones are hard to find. It’s as though they’ve all been filtered out and what’s left is plain and boring, like a gold prospector whose sieve leaves the sand and sifts out the gold.
But there are always ways to be better at what you’re doing, even if what you’re doing means being unemployed. Here are a few solid suggestions for those in between incomes, and out of luck:
I once was told that “It’s better to have a dependable income than be fascinating.” I disagree.
The truth is, being fascinating is as dependable as income. Often people hire those they admire and engage well with, or just those they like to talk to. A friend of mine, for example, was in a tough spot: he quit the advertising business at the top level—chief executive—and now wanted to get back in, but he was overqualified for every job he applied for. What did he decide to do? Practice yoga. He began going to a Bikram Yoga center four times a week. In the locker room before the session, he would talk to the other people there, and eventually befriended many of them. One he liked so much, he invited him to lunch. This person, it turns out, was the head of a multi-million dollar company.

As they talked my friend found that this person really needed a lot of advice on how to run the company better; so my friend gave it to him, and pretty soon this person hired my friend in a senior position as Lead Strategic Officer of the company!
All this because my friend was (as all good friends should be) friendly, outgoing, and open to trying a new discipline—in this case, Yoga. Often, when people have worked in the same field for many years, their social networks become ossified. They know the same kinds of people in the same kinds of fields for years on end. Within this framework, losing a job can seem like a real nightmare, because everywhere you look, there are no new opportunities or people to ask about jobs. You already know everyone, and what they’re doing. This is why taking a new hobby—yoga, which happens to be a pretty social hobby, to boot—was such a good idea: he branched out of his social network and formed new ones. In these new networks he was a dynamic personality, a new voice, and he could see other people’s situations as an outsider. Thus he was able not only to find opportunities he never would have heard about within the staid network of his old employment,  but he was also having a great time in a new adventure.
An underlying reason this worked for him is because many of his friends worked in the same field. If his own company couldn’t rehire him, chances are it’s because the entire field is suffering. And because everyone he knows was in the same field, none of them would be of much help in finding a new job. This is another reason why it was so wise to branch out, to look elsewhere, and to change careers. If one industry is sagging, another may not be.
When looking for a new job this year, the best thing you can do for yourself may be to look in an industry you’ve never thought of before by taking on a new hobby with an unlikely cast of strangers. Every one of these people share an interest you have (in my friend’s case, it was yoga) and one of them may be a door through which you can step to a new career.
++++++++++++++++++++++++
Career Collective Member’s Posts:
@KCCareerCoach, Career Chaos, “The Art of Being Gracious: Much Needed in Today’s Job Search,”
@MartinBuckland, Elite Resumes,  Career Trends and Transition 2010
@heathermundell, life@work, Kaizen and the Art of Your Job Search
@barbarasafani, Career Solvers, Looking Into the 2010 Careers Crystal Ball
@resumeservice, Resume Writing Blog, The Resume and Your Social Media Job Search Campaign
@kat_hansen,  Quintessential Resumes and Cover Letters Tips Blog, New Year: Time to Assess Yourself and Your Career
@keppie_careers, Keppie Careers, Help for job seekers in a rut
@heatherhuhman, HeatherHuhman.com, Job seekers: 5 tips for making the most of 20
@DawnBugni, The Write Solution, Ya, but
@ErinKennedyCPRW, Professional Resume Services, Advice to Job Seekers in 2010–learn Yoga?
@Chandlee, The Emerging Professional Blog,
Starfish, JobAngels, and Making a Difference
@ValueIntoWords, Career Trend, Is Your Job Search Strategy a Snore?
@debrawheatman, Resumes Done Write, Making the most of a new year
@walterakana, Threshold Consulting, Starting anew – tips for truly managing your career
@careersherpa, Hannah Morgan: Career Sherpa, The Year of the Tiger
@WorkWithIllness, WorkingWithIllness.com, Dogs Can Do It, Can You?
@JobHuntOrg, Job-Hunt.org, Lifelong Learning for Career Security
@AndyInNaples, Career Success, What Are You Getting Better At? Make This the Year You Become the Best You Can Be!